A growing number of U.S. states have at least one gas station selling gas for less than $2 per gallon, as an extended oil sell-off has made it less painful for drivers to fill up their tanks.

As of Wednesday morning, 19 states were selling gas below the $2 benchmark, according to GasBuddy analyst Patrick DeHaan. The lowest prices were available in Texas, where a station in the city of Denton was selling gas for $1.69 per gallon. Another five states have at least one gas station within five cents of falling below the $2 threshold. 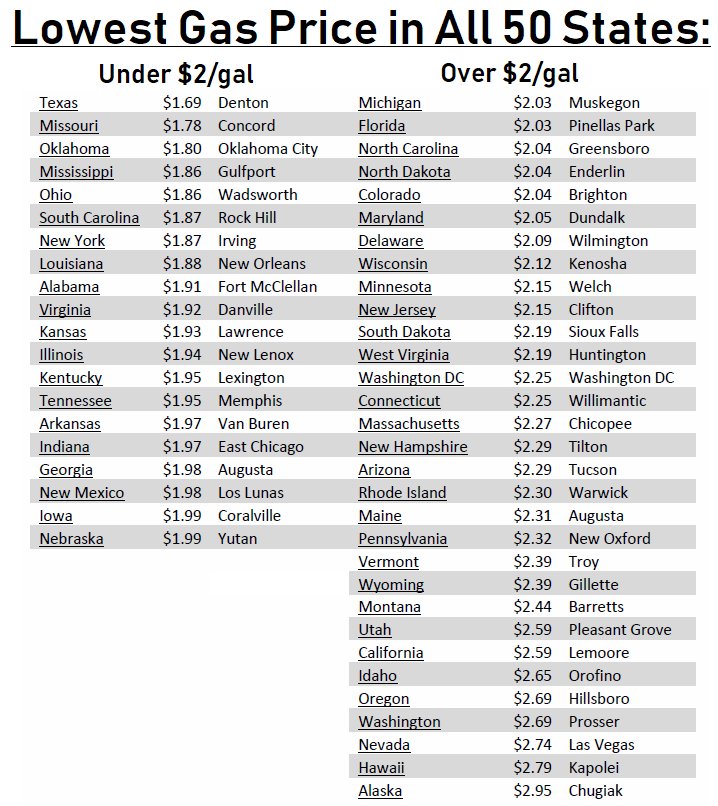 The U.S. oil market has plunged in recent days amid concerns that supply has outpaced demand. Industry officials have warned the production will grow at a higher rate than expected in both 2018 and 2019.

U.S. crude oil prices ticked downward toward $51 per barrel on Wednesday. They have fallen by nearly one-third since the start of October.