Uber, Lyft To Launch Loyalty Programs To Reward Riders For Choosing A Favorite

Calling an Uber or Lyft used to be like choosing between Pepsi and Coke—you decide which one you like, and fall back on the other if it’s the only choice available. Now both companies want riders to feel committed to a favorite, thanks to new loyalty rewards programs.

The programs are similar to airline rewards: It’s free to sign up and you get points for every dollar you spend. The points will accrue toward bonus savings or free upgrades on rides.

Lyft beat Uber to the punch by announcing its program on Monday, but the details surrounding its loyalty program are thin. The company promises “future savings” and says that Lyft will begin to experiment in December with a few select passengers, with a broader rollout in 2019. 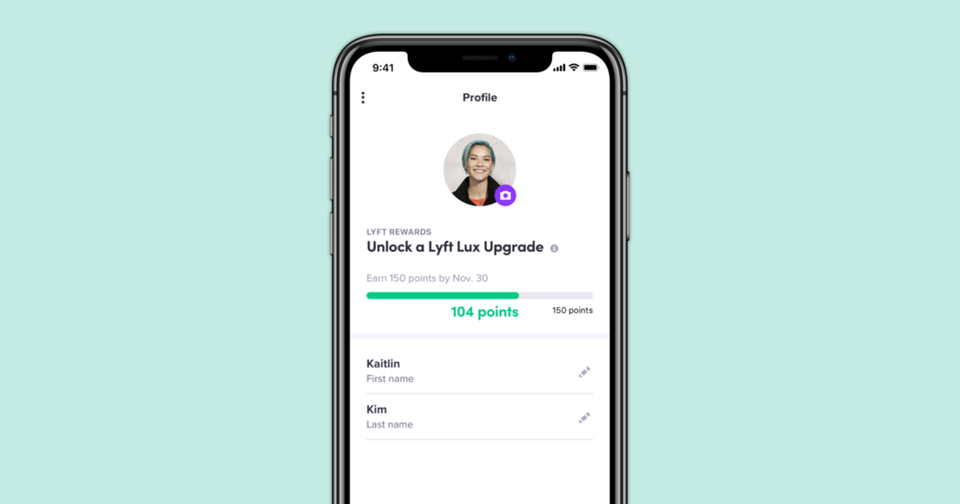 While Lyft loyalists will have to wait a few more months before racking up points, Uber’s rewards program launches on Wednesday in eight U.S. cities including Miami, Denver, Tampa, New York, Washington, D.C., Philadelphia, and Atlanta, San Diego, and also across New Jersey. The company plans to launch in the rest of the U.S. and eventually take it international.

Uber patrons will earn one point per $1 spent on all Uber Eats orders, its food delivery service, and its carpooling products, Pool and Express Pool. Riders paying more for higher-end Ubers will earn more: 2 points per $1 for UberX, UberXL and Select rides, while Uber Black and Black SUV earn 3 points per $1.

At launch, Uber will automatically calculate how much users have spent during the past six months on both rides and Eats food deliveries and reward them a certain tier that unlocks savings. Anyone who signs up starts as a Blue rewards member, which means $5 in rewards for every 500 points earned. After 500 points, users get upgraded to Gold status, which gives priority support on rides and food delivery. Riders also get more flexible cancellations in which the cancellation fee is waived if gold tier members book a new ride within 15 minutes (the drivers still get paid for their time).

The higher tiers are designed for power users, says Holly Ormseth, product lead for Uber Rewards. After accumulating 2,500 points, Uber users will reach platinum status, which includes priority pickups at airports and a fixed price between two points. The perks are tied to Uber’s idea of the power user: To get to this level, an Uber user is likely to be using Uber to commute to and from work or on business travel and would benefit from a fixed price, Ormseth says. The top-tier Platinum level requires 7,500 points and comes with special access to top-rated drivers, a dedicated support phone line, three free Uber Eats deliveries and complimentary car upgrades.

Instead of requiring a full year to accrue points, like most airlines, Uber’s rewards cycle is shorter because of how frequently it is used. Customers can earn points of over six months to reach the next level and then they get to keep that status (or go higher) over the next six months. 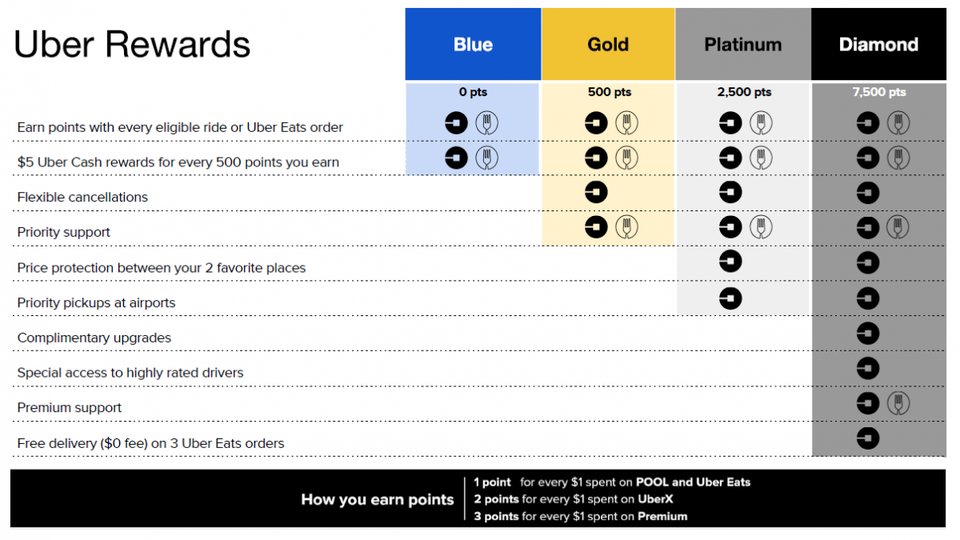 Uber spent a year testing its program and interviewing customers about the perks they’d like to receive for sticking with Uber. Among the most important were guaranteed fares and priority airport pick-ups, said Nundu Janakiram, director of product for the rider experience at Uber. “People continue to Uber in a bunch of different ways,” Janakiram says. “We wanted to find a way to invest in our customers.”

Passenger perks aren’t just for the customer’s benefit. Both companies have spent heavily to attract riders and drivers to use their platforms. Uber, in particular, has also had to regain some of its footing when it comes to customer trust after a year of corporate scandals and hundreds of thousands of people deleting its app. Locking in riders to a loyalty program may incentivize them to stick with one company over the other. And while Lyft may have announced its program first, Uber has at least a monthlong head start in winning over riders before Lyft’s rewards program launches.